All Collections
Tips and Tricks
Starring a Channel

Written by Stephen
Updated over a week ago

TitanFile offers three filters for Channels: Active, Archived, and Starred. These filtered lists can be accessed at any time from the top panel. The Active Channels will always be your default home page, but you can switch to the other two lists at any point.

Typically you would 'Star' Channels that are important to you. You can Star a Channel from the Active Channels View or from within the Channel itself.

All you have to do is click on the gray Star to the left of the Channel name. The star will turn golden and that Channel will automatically be entered into the Starred Channels List.

The Starred Channels List can be accessed from the top panel. 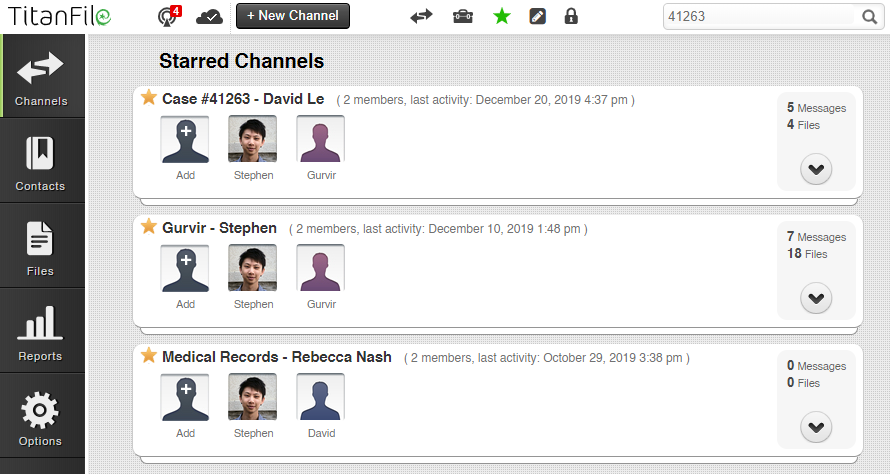 **Note Your 'Starred' Channels will continue to appear in the Active Channels View as well.

Did this answer your question?